Escape Artists can bring a sense of danger and Excitement, to any event as they escape from Handcuffs, crates, straight-jackets and other perils.

“Glendini” is a modern-day Escape Artist who performs a variety of escapes using audience participation in almost every act.

Many of the escapes you will see were actually invented and performed by the master Escape Artist of all time “Harry Houdini in the 1900’s”.

“Glendini’s Escape Show” takes you on a journey to show you devices used in the early 1800’s right up until present day.

As an audience member you will enjoy the thrill of securing this entertainer and then watch in amazement as you see “Glendini” escaping right before your eyes… sometimes within seconds.

Besides the standard routine mentioned, various other escapes acts are also available. For additional information, please contact me. I can tailor my show to suite your needs.

Duration of the Escapes

Outline of the Escape 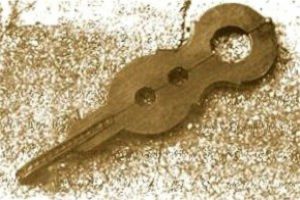 This device is like the wooden stocks that were used in medieval times and dates back to the 1600’s. It was mainly used on woman who were caught fighting and gossiping. Husbands would lock their wives into this device and then shamefully parade them around the town. Woman caught fighting were often tied together in these devices until they sorted out their differences. The Shrews Fiddle was last used in Germany and Switzerland in 1888.

A lady from the audience is selected to get some payback. The escape artist is given the once over with a metal detector and his mouth is checked for hidden keys. She then secures the escape artist into the device using 2 padlocks. The escape artist thanks his assistant and begins his escape by painfully pulling one arm free through one of the holes. Once the hand is free, a lock pick is regurgitated and this is used to then pick the 2 locks securing the other hand and the neck of the performer. The escape artist is Free.

The escape artist invites a lady to the front of the stage and brings out two neck scarves. The neck scarves are knotted together and the lady from the audience is then asked to place the knot into the “V” of her top.

The escape artist steps behind the lady and then explains that he will now grab the end of the scarves and then pull the scarves through her neck.

He also asks the audience to make sure that the scarves are not flicked over her head and do indeed travel through her neck.

The escape artist is just about to begin when suddenly he gets a call on his cell-phone. It’s his wife. She has packed in the wrong escape.

Panic!! What now? The performer explains that he will continue with the act despite this unlucky error and pulls the neck scarves tight.

At that moment a Bra appears between the two scarves, the audience shriek with laughter and the performer apologises profusely and promises to return the Bra to the spectator at the end of the show. 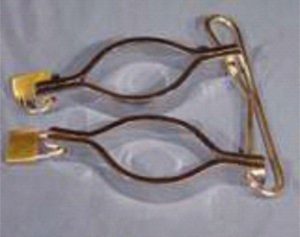 An audience member is selected and asked to examine 2 padlocks with their keys. They are asked to lock and unlock the padlocks to ensure they are indeed real and authentic. 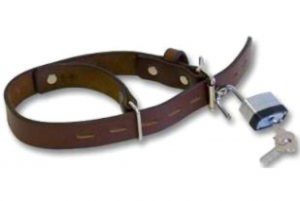 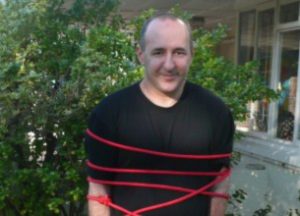 The Escape Artist invites 3 audience members up onto the stage and presents to them 80 feet of rope. The rope is checked by all and found to be genuine. “Glendini” then gives them a challenge to tie him up from head-to-foot with the 80 feet of rope and the challenge is that he will escape in a faster time that it takes the 3 audience members to restrain him. The audience members begin tying “Glendini” up with the rope and wrap him as tightly as possible. Once they are finished the final time is given and “Glendini” now needs to work against the clock to try and escape in a quicker time otherwise he loses the challenge. A wager can also be placed on this escape, especially if it is done for a charity event. 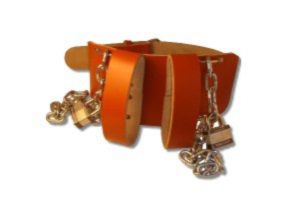 The escape artist shows the audience a device that resembles a weightlifting belt but with loops and chains. He explains that the device is real and was used in western times on a cowboy called Tom Horn who was arrested for cattle theft and sentenced to death. Death by hanging.

Tom Horn was led to the gallows restrained in this device.

The modern-day strait jackets were actually based on the concept of how this device works. 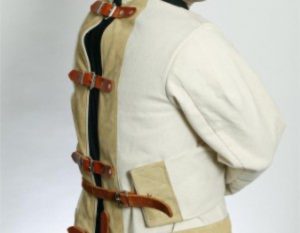 An authentic straight jacket as used in mental institutions is shown to the audience. Someone from the audience is chosen to come on stage and assist the performer.

The escape artist explains to the audience how Houdini took 1 hour to escape from such a device and that today, Glendini will attempt to free himself in under 3 minutes. The audience member secures the escape artist into the jacket and is instructed to call out the time. Starting with 5 seconds, ten seconds, 15 seconds, etc. The escape artist wriggle’s, pulls and uses every ounce of energy to try and get free within the allocated time. Time is running out, but then suddenly the performer is free and throws the straight jacket to the floor. 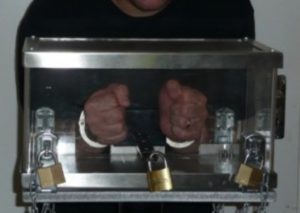 A Perspex Strongbox is shown to the audience which is secured to a stand by 4 x Master Padlocks. Inside the strongbox is a pair of Smith & Wesson model 100 handcuffs that is fixed inside the box by a Blue Box and a separate steel bar with another 2 x padlocks. The escape artist invites audience members onto the stage and then cuff’s one of them with the handcuffs and invites them to try and pull the cuffs off their wrists. They cannot.

The audience then locks the cuffs onto “Glendini’s” wrists. They attach the Blue Box which covers all the keyholes and they then examine the strongbox making sure that are no keys are hidden inside. 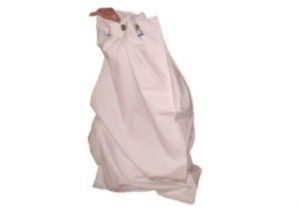 A mailbag is shown to the audience and a volunteer is asked to examine the bag to check that everything is in order. The bag is secure with no secret openings or Velcro. The escape artist is then run over with a metal detector to check for hidden keys Ã¢â‚¬â€œ nothing is found.

Sounds of struggling are heard and soon a hand becomes visible through a small opening of the bag. The escape artist fumbles with the combination, the lock opens and he is free. 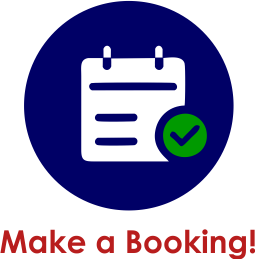